Mark Hunt, a Heavyweight contender in the UFC, is taking the UFC to court!  The suit is filed against Brock Lesnar, as well as UFC boss Dana White.

Filed Tuesday in the U.S. District Court for Nevada, the suit alleges racketeering, breach of contract, as well as fraud.

This all comes from the UFC 200 fight where Hunt and Lesnar fought.  Lesnar tested positive for clomiphene and 4-Hydroxyclomiphene after the fight, which are both banned substances.  The test was done prior to the fight and another test was taken, and failed, the night of the bought last July.

Lesnar came back from retirement for this MMA fight and as a returning fighter was subject to the anti doping policy UFC maintains.  He was supposed to have four months of drug tests prior to making a return, but there was a clause of an exemption that read:

As you can probably assume, Lesnar got the exemption but after the fact tested positive for the two aforementioned banned substances.

Lesnar was initially handed down a one year suspension and a fine of $250,000 (his purse was $2,500,000) and his win was negated against Hunt.  This was decided by the Nevada State Athletic Commission.  However, Hunt is viciously looking for more justice.

I’ve never been one to understand legal jargon, but from what I read Hunt alleges that there was a conspiracy with Lesnar (and the UFC).

Hunt was clean, and Lesnar Doped.  It’s as simple as that, and that’s why Hunt is so pissed off.

The shots fired at Dana White allege that there was a financial motive of almost $360 million to make the UFC 200 event the landmark event.  Of course, a doping scandal would hurt this event and ruin the hype.

In a totally unrelated news story, the UFC sold only days after the event for nearly $4 billion dollars.  Coincidence?  I think not.

You can bet your ass I’ll cover this story as it develops.

Read more about this on Fox Sports.

Tito Ortiz was one of the original MMA legends.  A can’t miss guy with bleach blonde hair and a huge frame, he’s definitely one of the most recognizable names the sport has ever produced.

When he talks, he has a presence about him.  Recently, in this article, he spoke about what a failed drug test meant to the career of Jon “Bones” Jones.

If you read into it, he’s got a lot of merit in making that statement.  The same things are said about MLB legends like Barry Bonds and Alex Rodriguez.  The home run kings that crushed the ball out of the ballpark it seemed almost every time they got an at bat.  These men were banned from the sports insider circles because of their steroid use.

Along the same lines of thinking, Ortiz is suggesting that Jones should not be in consideration for “GOAT” (greatest of all time) as far as the world of MMA is concerned.

Jones was pulled from the biggest MMA event in the UFC, the PPV that was UFC 200.  He tested positive for PED’s (performance enhancing drugs.)  In specific, he was flagged for Hydroxy-clomiphene, which is an anti-estrogrenic agent.  He also was found to have Letrozole, which is an aromatase inhibitor.

Even though Jones is no doubt heralded for all his achievements, which have yet to be matched by anyone, Ortiz, a former UFC light heavyweight champ himself, says that the fighters legacy has been affected.

“Jon ‘Bones’ Jones, he had an opportunity to be one of the greatest ever and he’ll never be able to do that again – ever.”

Of course, Jones has denied any use of PED’s.  On October 10, Jones will appear before the Nevada Athletic Commission.

Not that I’m an MMA blogger, but I’ve seen a lot of these drug testing stories come through the pipes. Here are a few other ones you can check out and read at your own leisure.

Chael Sonnen Must Clear a Drug Test to Get Paid 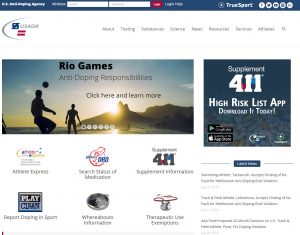