A three time Olympic athlete named Lolo Jones spoke with this website about her recent drug test documenting.  Long time readers of my website know that I LOVE reading about anything to do with the drug testing space, and more than loving to read them, I truly enjoy coming back to the old pen and paper and putting my spin on it and giving my readers my take on the events that transpired.

In the article, she spoke of signing a petition with other athletes from numerous sports.  This petition made “WADA” independant of any other sports agency, and this was to avoid a conflict of interest when it comes to drug testing for Olympic athletes.

This isn’t the first time she’s had a run in with drug testing.  A popular social media tirade about getting tested on the night of her birthday went viral.  Here are some of the tweets from that night. 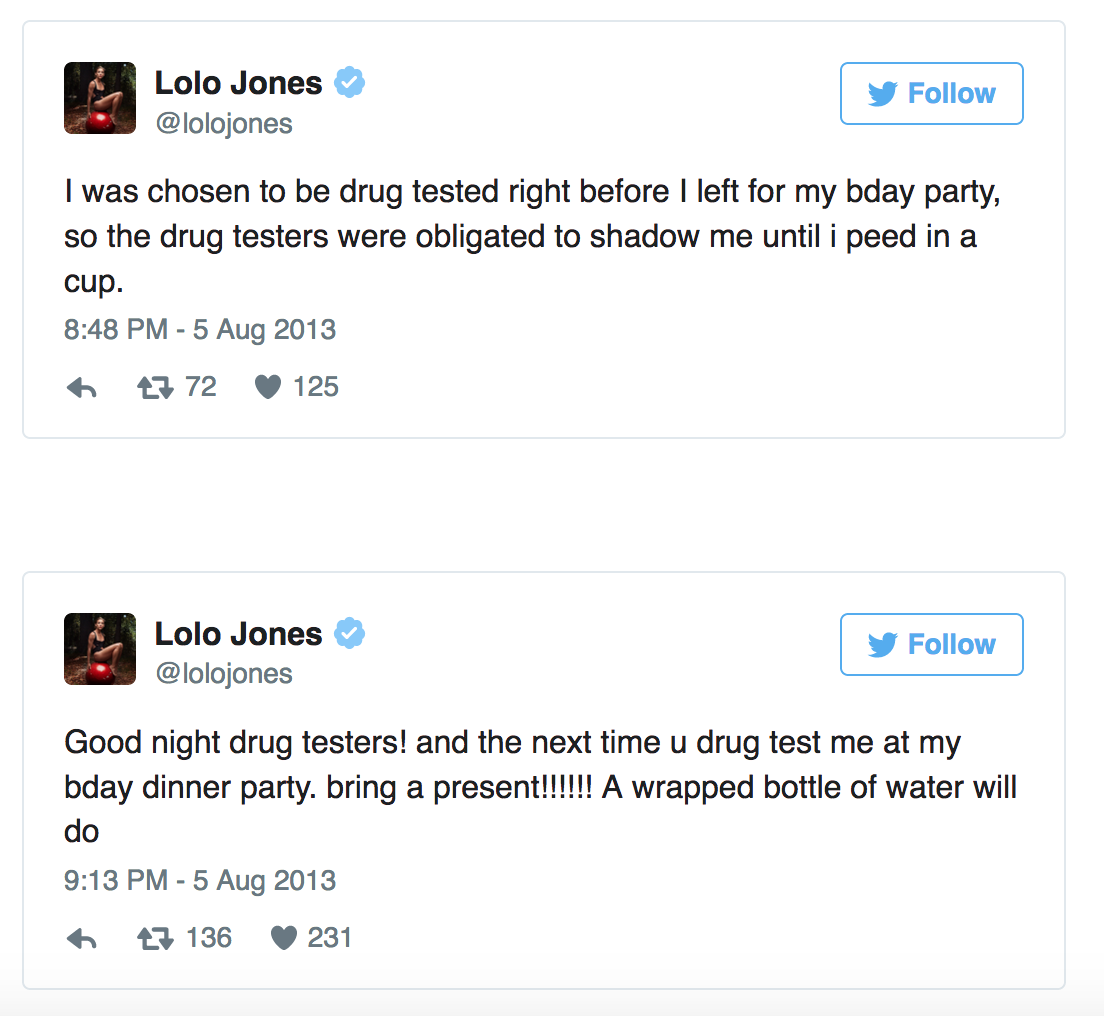 Lolo Jone is great.  She one time changed her Mom’s cell phone name in her records to say “Ryan Braun.”  (The MLB player who was suspended for 65 games for failing drug tests, even though he maintained he was totally clean.”  She had “Braun” call her repeatedly throughout the time of her drug tests, which is not only clever, but also hysterical.

I’m sure we haven’t heard the last of Jones.  I know I’ll be following her more closely on Social Media after this update.