I’m shocked by the amount of people out there who simply don’t want to make millions of dollars playing a sport.  At least follow my tips on passing drug tests, or use something that will assist you in passing a test God forbid you have to take one.  If I’m in any position where millions of dollars is on the line, I’m not going to jeopardize that by using weed, cocaine, or anything else that would result in me losing that awesome paycheck.

I literally just reported about the Jabrill Peppers incident, and he actually didn’t fall that far into round one of last week’s draft.  I read on TMZ that this happened, and I couldn’t believe it.

The defensive end who plays for the Dallas Cowboys, who are coming off an amazing season behind two rookie’s at skill positions, has failed his 7th drug test that’s known to the public!  Not one, not two, not three – seven.  TMZ reported that his friends and family are deeply concerned for his overall wellness at this point.  I mean come on, nobody likes a quitter, except for when it’s about quitting drugs to get a paycheck for you and your family.  Apparently he was tested on February 21 and then told on March 2nd that weed was found in his sample.  Ouch.  So beatable, that weed test.  Could have used this bad boy to beat it.

Even more shocking, the NFL officials reached out to him to discuss the situation, per protocol, and he blew them off.

This means the short career of a once promising Dallas Cowboy could indeed be over. 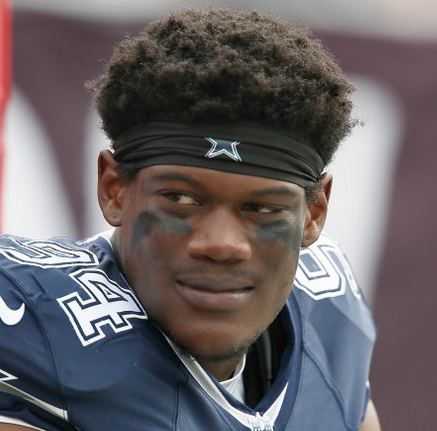 Is this the end of Randy Gregory in the NFL?

Gregory was a high draft pick by Dallas in 2015.  A second round pick from the University of Nebraska, he was one of the best college football players during his time playing for the Cornhuskers.

He’s already serving a suspension for another failed drug test and was slated to miss the 2017 season.  This new test remains unclear how his status will be affected, but as a betting man, I’m sticking a fork in the career of Randy Gregory.  It’s a shame.  So avoidable.  TMZ reached out to his agent, and the agent denied representing Gregory.

I’ll keep tabs on this situation, as I do with all others pertaining to drugs, testing, and athletics.

I will add, this is all a rumor, and Jerry Jones, the owner of the team, has been quoted as saying he’s “skeptical” of this new report.