With more than 20% of the United States population reporting symptoms of anxiety or depression, it is easy to see why so many people seek help for their mental health concerns with doctors and psychiatrists. Not only do these psychological issues cause problems related to their symptoms, but can eventually manifest as physical problems as well.

Those who suffer from anxiety or depression and do not seek regular help for them are more likely to present perceived physical issues, enter the hospital more often, and see their doctor more often. Just the time off from work alone for these issues can cost employers huge amounts of money.

There is also a large cost to each person’s personal and family life and work life as well, as many can lose healthy relationships due to mental illnesses which are common, easy to diagnose, and very simple to manage.

Indeed, many who do seek treatment find great relief with psychotropic medications which, quite simply, changes the problem where it starts, in the brain and in the nervous system. 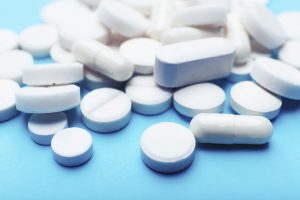 How Do They Work?

If we use the example of the most prescribed psychotropic medication in the US, Xanax, which is used for anxiety disorder, the way in which it works is very simple.

Our nervous system is equipped with a signal for each of us to panic or have anxiety. It is our best friend when danger occurs and is the catalyst for telling us to run away when, for example, we find a bear standing behind us.

It’s our instinct to run because we are hardwired to either fight or flee (“fight or flight”) certain situations. It’s our self-preservation instinct which is also, by the way, wired into every animal on the planet.

However, some people simply have had their wires crossed, and exhibit the same “fight or flight” symptoms during an everyday activity. Those who suffer extreme anxiety when leaving their home, entering unfamiliar situations, or being asked to provide a task at work are suffering a panic when they need not, and for some, this can be debilitating.

The psychotropic drug Xanax, interacts directly with the nervous system, causing it to quiet the anxiety. The change is immediate and sufferers can quickly return to a stable level, allowing them to focus on the situation at hand. The drug is fast-acting and leaves the body quickly.

Related: How Long Does Xanax Remain In Your Urine?

For some, longer lasting drugs are needed as their symptoms last longer and permeate a person’s mental state. Another example of a very common psychotropic medication are antidepressants, which is the second highest percentage prescribed in the US.

As anyone who has suffered depression can attest to, depression, unlike short-term anxiety, is a feeling of hopelessness or helplessness which is overwhelming and very difficult to control. Those who suffer from the symptoms can find everyday life overwhelming, may find it difficult to get out of bed or enjoy anything in life including their loved ones, work, and may lose interest in activities they once enjoyed.

Because depression is believed to be part of a person’s genetic makeup, many who suffer with it are predetermined to do so, and have no way of controlling the onset, much less the symptoms. The most often used psychotropic drugs to treat depression include Zoloft and Celexa, and these work over time and can also take time to be effective.

We are all made to have a certain amount of serotonin in our brains, who’s function in part is to regulate our mood. Those who suffer depression have very low levels of this and an antidepressant increases this amount while also preventing the brain from reabsorbing the additional amount. Reports from those who take antidepressants indicate it takes up to three months for a full effect, and their depression is greatly reduced.

For those who suffer from psychological issues, the advent of psychotropic medication has been nothing short of life changing. Our society has slowly but surely changed some of its long-term held beliefs that mental illness is something of which to be ashamed, as we have witnessed many celebrities, activists, and politicians who have supported the public in being aware of the signs of mental illness and encouraging the public to get help when they need it.

The rise in prescription psychotropic medication use in the last few decades may very well be due to the fact that more people are getting help, not necessarily because there are more people suffering with it, or the common argument that doctors are over-prescribing the medications.