If you follow the legalization of marijuana like I do, you probably saw this news already or know about it.  Perhaps it’s your home State or a neighbor of yours, but for those who have interest in watching States welcome marijuana use, I figured I’d chime in and keep you updated on which States are trying to legalize it.

Which Five States are Trying to Legalize Weed in 2016?

Weed, pot, mary jane.  Call it what you want.  It’s a great medicinal item and relaxation item.  I welcome the legalization of pot and obviously support it. 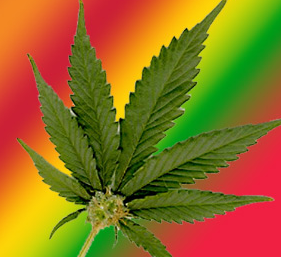 This November, five States will have votes for legalizing marijuana.

The industry could start booming right before our eyes.  Over the last twenty years, we’ve seen a lot of change in the business.  In 1996, the compassionate use law was passed in California for medical patients.  Since then, it’s become readily available for use in the same capacity in over half of the United States.  Since 2012, Washington, Colorado, Oregon, and Alaska, along with Washington DC, have cleared marijuana for recreational use for adults who are 21 years of age or over.  The sales are reportedly to have been $5.4 billion in 2015 alone, and they are trending up.

And we are just getting started!

In November, elections take place.  Lost in the whole Hillary versus the Donald battle that has the entire country watching what has turned into a circus is the fight for many state movements to get the required votes to get the marijuana voting on the ballot.

This is a huge State that will have a huge impact on the market if this passes.  It has the largest economy, and will flourish given the opportunity.  It’s estimated that weed sales could generate $1 billion for the State. Yes, with a B.

Neighboring Nevada, home of Las Vegas and Sin City.  Clearly, there are a lot of drug problems here, so why legalize weed?  Well, if it’s decriminalized, maybe they won’t worry about beating drug tests for cocaine and the use of opiates will slow down.  Who knows, just my two cents.  I think people will play better blackjack with a relaxed State of mind.  The State has already a lot of commercial growers, but this did come to a vote in 2012 and fail to pass.

This one surprised me, even though in 1999 medical cannabis was cleared.  We’ll have to see if all the very smart people in Maine will be using stuff like this to beat drug tests one day.  Out of the five locations voting, Maine may have the toughest battle.

Other articles I read had this State as a very big long shot to pass, but it’s on the ballot, so anything could happen.

Now, other reports, like this one at Motley Fool, have Arizona as the biggest long shot.  With only 52% approval rating in an estimated vote, that could be the case.