What makes crystal meth so alluring when someone with common sense knows better than to take illegal drugs? Also known as glass, ice, speed, and other names, it does not sound dangerous or addictive; more like a frozen drink or a kind of candy, but crystal meth is one of the most destructive of all illegal drugs. Learn more about what it is, what it does to a person, and how crystal meth production affects communities.

Before exploring the depressing, revolting realities of addiction to meth, let’s consider where it comes from and how people obtain their supply. Making and selling meth is illegal. 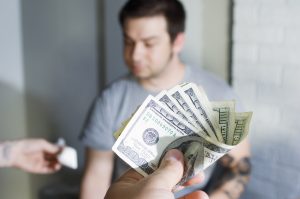 Firstly, any form of drug sales outside of a pharmacy is against the law. Secondly, street meth (as opposed to prescribed amphetamines for narcolepsy or ADHD) is always illegal and often cut with poisons which double the risks of taking them. Thirdly, the drug trade is usually run by gangs and no one wants gangs in their neighborhood.

The lives of drug runners frequently end in extreme violence, and neighbors can easily be caught in the cross-fire or youngsters are tempted by the chance to make money from this unlawful trade. Where drugs are concerned, the makers and peddlers of this stuff essentially don’t care about children; human life comes secondary.

Money and power are all they care about, and nothing will stand in their way. Running an underground business, making and selling meth without gang involvement, is still dodgy. Many meth labs blow up killing their occupants. Complicated chemistry is involved in making these life-destroying products.

Meth is related to other amphetamines which are taken for energy and focus. They were popularized in the middle of the 20th Century for their role in helping people stay awake during the night shift, including doctors, nurses, truckers, and waitresses at 24-hour diners. People who could not lose weight were prescribed amphetamines to boost their metabolism and reduce their appetite.

Later, meth labs became popular and continue to tempt young people who think they can turn their scientific bent towards a money-making scheme that will pay for college — if they even need college when they are running a successful drug business. The television show “Breaking Bad” brought attention to the business, not necessarily making it glamorous, but providing a glimpse into the world of meth production and sales.

A Sad Story for Everyone

Anyone could succumb to the allure of this type of drug and anyone, regardless of salary or social status, could become an addict. No matter how beautiful or handsome they were to start from, all meth abusers develop a sunken look accentuated by malnutrition, bad teeth and scabs all over their bodies.

In schools today, drug awareness counselors and teachers show their pupils pictures of a healthy brain next to that of a meth user. The contrast is startling. Big holes appear in the brain of a meth addict.

Substance abusers are no longer alert, focused, and energized. Skilled, creative, and intelligent individuals lose their sharpness, stop making beautiful things, and fall prey to mental illness. Many such people suffer from schizophrenia or paranoia as a side effect of addiction after just months.

Losing one’s mind doesn’t take years where meth is concerned. That is one of the most frightening aspects of eating, smoking, or injecting crystal meth; the speed with which it affects one’s brain and entire body. Vaporizing meth is a new way to get high facilitated by the development of many electronic products.

There is hope for addicts, even those whose brains show signs of significant deterioration. For one thing, science and medicine have proven that the brain can recover if a person stops using drugs, but it takes time and extensive rehabilitation. The brain is more adaptable than was at first believed.

Secondly, rehab centers staffed with drug counselors and psychological therapists help men and women overcome their addiction and even get back to something close to a normal life, although they will usually face ongoing cravings. Such people are encouraged to stay away from friends or family members who urge them to give in to their temptation.

It’s recommended that a recovering addict moves into an area where he can make new, clean friends. Addicts are counseled in how to overcome temptation, supported as they look for work, and might even qualify for retraining. Long-term recovery rates aren’t good, though recovery is possible, and also pharmacies might one day be able to supply drugs which cause an allergic reaction in former addicts; vaccinations taken annually to prevent relapse.