Consumers have painted a cozy picture of codeine over the past several decades. They behave as though it is nothing more than very strong Tylenol, but what they are forgetting is that codeine is a narcotic analgesic.

It is prescribed to patients who need it, not sold over the counter at drug stores and supermarkets like Ibuprofen is. There are very good reasons for that, so do not let the mild-mannered profile of this painkiller fool you: it’s serious stuff with serious effects. 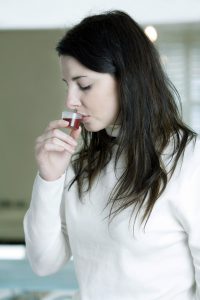 This is one of the less potent opioids available for doctors to prescribe their patients, reserved for mild to medium pain levels. A doctor will sometimes ask his patients to rate their pain on a scale of one to ten.

Pain is subjective, so this is not a perfect science, but a doctor can also tell after years in practice which conditions and injuries will cause the most pain and which the least. They also determine severity by the effects pain is having on a patient such as sleeplessness, anxiety, weight loss, and nausea.

Codeine would be best for individuals whose pain rates at around the 5 to 7 mark, not higher, and not much lower either. If OTC meds are not touching the problem, then a doctor will decide the time has come to try this drug; certainly this one before the other, more potent ones such as fentanyl.

The reality with all narcotics is that one can become used to taking them and either physically or psychologically be reliant on them. The psychological addict simply believes he will not cope without medication. The true addict suffers withdrawal without the meds, a condition indicated by irritability, itching, trouble sleeping, weight loss, sometimes psychosis, often nausea and vomiting, heart problems, overall pain, and more. This is how one might feel between doses of codeine. While not as addictive as oxycodone, codeine could become the gateway to this and other opioids in the worst case scenario.

What Are the Side Effects of Using Codeine?

Some withdrawal symptoms are also known side effects of using the drug, which is not recommended for individuals suffering from lung problems and some GI conditions. Even less sensitive individuals could suffer from blurry vision, vomiting, confusion, dizziness, and weight loss. Codeine can affect many parts of the body. It should also not be used in combination with other meds unless the pharmacist and doctor agree that there is no risk of interaction.

Will Some People Need to Detoxify from Using Codeine?

This is not a drug commonly associated with detox and rehab. People sometimes share their codeine with friends which, though not advisable, does not lead to addiction problems for the most part. It’s just foolish. On the other hand, one cannot discount the potential for one’s use of any opioid to become habit forming and dangerous.

Detox might amount to a period of weaning which should be realistic considering it is prescribed for instances of moderate pain, so a patient’s condition should have improved or he should learn alternative ways to cope with an issue such as post-surgical or back-related pain.

If one takes codeine for a very long time, he might have to go through a longer period of detox under medical supervision, probably not while admitted to hospital, but this can be the case for some people. Out-patient drug rehab is available to anyone who believes he or she is drawn inescapably to codeine; patients will not be turned away because the drug is not heroin or morphine.

What matters is that an individual recognizes a problem before it kills him or ruins his life by leading to the need for increasingly large doses of this and other drugs which will emulate the pleasurable effects of an opioid but leave the body in serious trouble as a result. If drug use interferes with one’s ability to do his job and function within a family, then one is an addict and the problem should be addressed immediately.