When you brag about stuff on social media, you are asking for trouble.  That’s what happened to two idiotic Canadian women who docked their ship in Australia.

The pair of women, Melina Roberge, 23, and Isabella Lagace, 28, as well as an older gentlemen named Andre Tamine, could face life in prison and were refused bail.  They were charged with importing drugs into the country in what was called a “commercial volume.”

Apparently the street value was around $23 million and this was the biggest bust through a passenger stream.  There mayy be other people involved

They were apparently busted because they were bragging on Instagram.  Here is one of the photos that was posted online for the world to see: 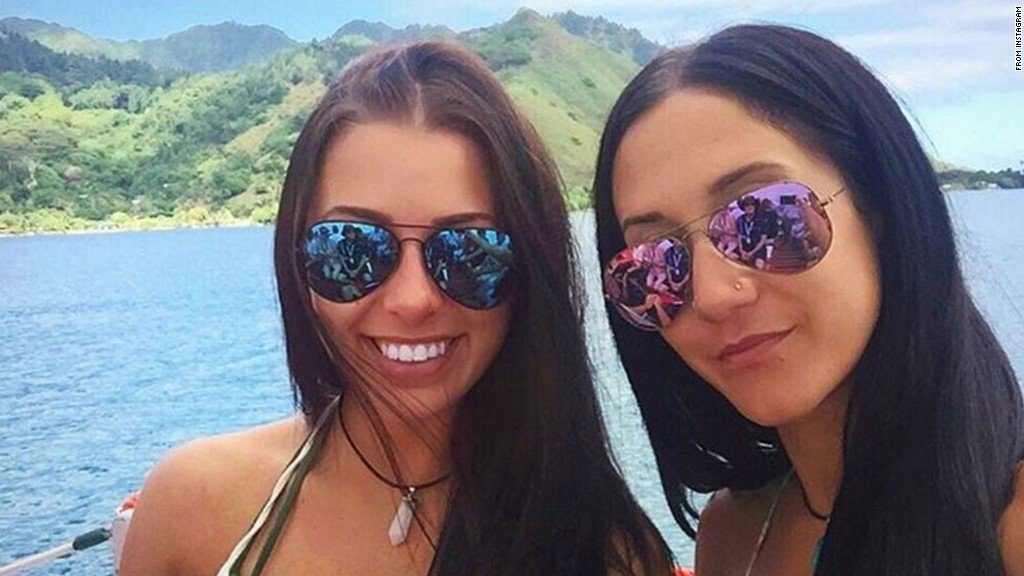 The statement released by police mentioned that the vessel was boarded over the weekend in Sydney Harbour.  The authorities used sniffer dogs to sniff around and do a search of the ship.  The trip was documented by the women, which showed them drinking out of coconuts while wearing bikinis.  Other photos have them in Peru, driving dune buggies.  One photo shows Roberge getting a tattoo on her leg in Tahiti.

Does this sound like Locked Up Abroad to anyone?

Lagace has on a marijuana leaf necklace according to one report I read.  These idiots were just asking for trouble!

The point where the women got on the ship is not entirely clear at this point, but photos from Tahiti were the most recent, according to reports.

Word to the wise, if you are going to commit a crime, keep a low profile!  I don’t care if you are transporting coke, weed, or whatever, (and I’m not endorsing it in the slightest) don’t be such a damn moron about it.

I’ll try to keep up with this story and report back how they made out in a court of law.  Until then.