Addiction takes two possible forms: one is physical and the other is psychological. If a drug can be used to replace another drug which is not active enough or is absent, one can grow reliant on the synthetic replacement.

If the problem is psychological, a person believes he cannot function without taking a drug; it has become part of his routine and he will not be able to sleep, eat, cope with pain, or whatever the drug was prescribed to deal with. In the case of benzodiazepines, patients are suffering from a nervous disorder of some kind. 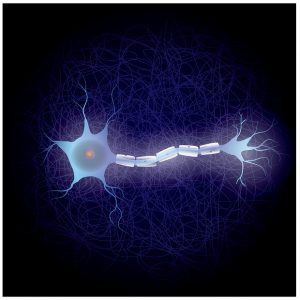 Benzodiazepines are prescribed to help people who are suffering from agitation which is either emotional or physical in nature. Seizures are one example; anxiety is another.

Often, patients are prescribed these drugs to deal with sleeplessness or extreme anxiety following the break-up of a marriage, death of a child, or after witnessing something horrific. They are otherwise known as sedatives or tranquilizers.

There are several types of varying intensities for short or long-lasting effects depending on their purpose such as calming a person and causing him to forget an uncomfortable medical procedure for which he does not need to be fully sedated.

Insomnia and general anxiety also respond to certain benzodiazepines. The most commonly known are Xanax and Ativan while Dalmane, Niravam and others are among the many options open to doctors.

Benzodiazepines work by inhibiting GABA receptors in the nervous system. The effect is to limit the uptake of chemicals which can cause twitching, agitation, and even seizures. Using these drugs can sometimes cause people to feel so relaxed they are not afraid of anything, even insane things like jumping off of buildings or trying to swim in deep water when they don’t even know how to tread water.

Side Effects Good and Bad

Desired effects include feeling relaxed, able to sleep, and forgetting things one does not wish to remember such as a procedure or an incident. The purpose is often to get past the most intense part of a problem in one’s life so that one is able to absorb information and consider a plan to solve the issue long-term, whether it is an emotional or physical one, except in cases where medication prevents seizure.

Otherwise, using Ativan to get to sleep every night is equal to putting a Band-Aid over a cut; covering up the wound instead of figuring out that it came from a pointy-cornered piece of furniture. You need to sand the corner of your kitchen table to stop bloodying yourself on it.

A sleepless individual should see a psychologist or a counselor about overcoming stress or dealing with a broken relationship, not simply rely on Ativan as a “Band-Aid.”

Furthermore, there are potentially dangerous side effects to taking any drug. While anxiety is alleviated, one might suffer from serious depression instead. Patients sometimes faint or feel dizzy, sick, even shaky. Feelings of confusion and nausea are not uncommon either as these pills work to the opposite effect of stimulants.

Certain drugs interact badly with benzodiazepines, so revealing your full medical and pharmaceutical situation to a doctor and pharmacist is always important.

Date-rape drugs are in this class. They are easy to slip into a drink, rendering the drinker completely helpless to violent sexual abuse. 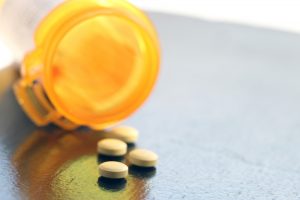 There is a growing problem among North American consumers owing to the availability of benzodiazepines under their various names, whether from a doctor in person or online. Consumers are becoming addicted to these drugs both emotionally and physically.

Falling asleep or coping with stress seems impossible without popping a pill and the affected individual becomes even more agitated than before, unless she is able to continue taking the medication. If her doctor will not prescribe it, the patient might find other means of appeasing her body’s need for support.

She might seek the drug online from an overseas doctor, go to the street for an illegal supply, or turn to other chemicals if she cannot get the supply she needs. Alcohol is among the most common. Combining alcohol with sedatives or tranquilizers is how numerous individuals accidentally or deliberately die from an overdose.

When a person is behaving erratically, always consider the possibility of drug abuse. This problem does not merely hit households in a particular demographic; it is common to all areas of society and affects everyone. Even someone who seems sensible could become reliant on medication.

Affected individuals need to seek help including medical treatment to safely withdraw from their sedatives. Usually, effects are not medically severe but they can be uncomfortable. Following successful cleansing of the body, patients should take part in rehabilitation.

A series of out-patient counseling sessions will likely be helpful. One might also join a help group involving other people who suffered a tragic loss, are going through a painful divorce, or have survived abuse or violence.

Alternative therapies can also be helpful to combat issues of sleeplessness and anxiety such as taking up exercise or yoga, more specifically, seeking spiritual guidance from a pastor or other leader, or visiting a nutritionist for some dietary ideas to promote better sleep and calmer moods.