Hollywood always is full of surprises.  This one even surprised me, I must say.

This was recently revealed in a new book.

The book is just a simple excerpt from a biography of Sherry Lansing, the Paramount Pictures CEO.  As the story goes, the studio was very worried about having the almost unknown (back then, my how things have changed) actress.  In these days, she was mostly famous for dating and marrying Billy Bog Thornton.  I remember that like it was yesterday, only because the whack job ran around with a vial of his blood on her neck.  To me, that’s just odd.  But hey, if it worked for them…..wait.  It didn’t work out quite well.

Rumors flew around that she was into drugs.  She probably was, running around with that dude. He looks like he know how to party, to be frank. I’d love to throw back some beers with that guy.  And of course, with her.  Why not?

“She definitely had some baggage and something of a dark reputation,” director Simon West said in the book. “Funnily enough, that was one of my selling points: This trouble and dangerous aspect in her reputation actually helped the character.”

It’s always good to see that someone’s dark side can score them a job.  Maybe that will happen to me some time.  Time will tell.

The cool thing about this story is that her father, Jon Voight, called the studio and said “she’s fragile.”  That’s not the cool part though.  She said “whatever.  Test me.”  She showed up, did the drug testing, and obviously passed with flying colors because she landed the role and nailed it.  You can too.  Just visit my home page and I’ll tell you how.

She was a hot Lara Croft.  I miss video games of that nature.

Here’s a treat for the road. 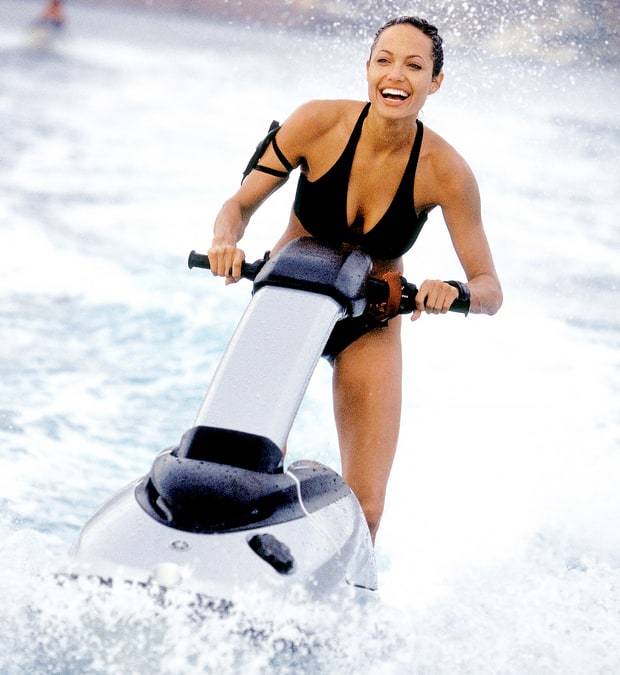