Stimulants are not necessarily bad for a person. Some of them are served as tasty coffee and tea drinks. Chocolate and some sodas contain caffeine. Doctors prescribe certain types of stimulants to patients with narcolepsy and ADHD which, when used appropriately, do their job without causing addiction. Illegal sources or inappropriate use of these drugs, however, can result in illness or fatality. 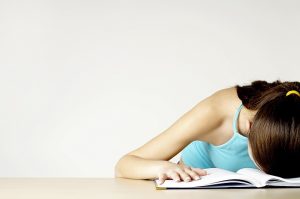 When they were first released, amphetamines were used to help people stay awake to study for exams or manage overnight shift work. Many overweight individuals took pills containing amphetamines in order to lose weight and were successful, but deaths were also linked to their use.

Generally, young people taking Ritalin to counteract the effects of ADHD are not in danger if they do not double up on a dose when they miss one and if they do not mix their medication with other drugs or alcohol.

There is such a thing as too much stimulation, especially where the heart is concerned. One can consume too much caffeine from coffee or energy drinks; smoke too many nicotine-laden cigarettes or vape too many e cigs; or take “speed” which causes even more dramatic effects.

When the heart speeds up too much, it becomes overworked; the body cannot take it. Age doesn’t matter; anyone’s heart can wind up in distress because his breathing, heart rate, and blood pressure spike quickly and significantly. It is not unheard of for a teenager to go into cardiac arrest after taking uppers.

Results of Taking an Amphetamine

Why are these prescribed to people with narcolepsy, ADHD, obese individuals, or coveted by shift workers? Uppers make you feel energetic. The first intense rush is followed by an extended period of wakefulness in most individuals. They not only stay awake, but they have energy and potentially feel like they could do anything.

Amphetamines, of which meth is one, amplify one’s sense of confidence to the point of creating a sensation of being all-powerful like a comic book superhero. The results are not usually comedic or entertaining, however, but tragic. Someone is going to get hurt if he thinks he can punch a hole through a brick wall. During a “high” he might not even feel the pain.

Feeling good is a possible reaction, but long-term use usually leads to negative experiences like paranoia and agitation. At first it feels good to have all that energy, but there are consequences. The higher you are, the further you fall when the drug wears off. Suicidal ideas or committing suicide is at the extreme end, but nervousness, tiredness, and depression are no fun. During the come-down, individuals crave more speed, glass, or whatever they were taking. They will do anything to get it.

Drug addicts forget to eat, to drink enough water, and frequently are unable to sleep. Even when they want to, their bodies are too jittery; their minds will not shut down. This is frustrating but a natural result of taking a stimulant and interfering with the brain’s natural processes. There is a time for sleep; a time for being awake. All of these systems get messed up when a person injects, smokes, vaporizes, snorts, or eats amphetamines.

Being tired doesn’t feel good; losing weight is sometimes a pleasant side effect. But bodies need a certain amount of nutrition to function and they require rest. Deprive your body of either one of these things for too long and your immune system will become impaired.

Getting sick could be the answer to overcoming addiction, especially major illness leading to hospitalization and forced detoxification, but if you have reached this stage of substance abuse, there are probably other more lasting, negative effects to contend with. Ongoing paranoia, schizophrenia, and further mental health problems can be triggered by drug use.

If you don’t inject amphetamines but smoke or eat them instead, you already face enough risks. Those who “shoot up” place themselves in even greater danger. They could suffer infection caused by using dirty needles or injecting into an unclean site.

The best advice anyone can give you is to not be embarrassed but seek help from a hospital immediately. In the Emergency Room, anyone addicted to ecstasy, speed, glass, etc. is treated as an emergency patient because one’s body could respond dramatically to drug abuse at any time, experiencing a heart attack, stroke, or seizure.

For individuals with loved ones suffering from drug addiction, be careful. You cannot talk a person on speed into making a good choice when he is high. He might hurt you, so talk to an interventionist and obtain support before approaching an addict. You will learn how to compose an ultimatum and what to expect from rehab.

An addict taking amphetamines needs to spend time in hospital in order to detoxify. After that time, he should commit several weeks or months to attending rehabilitation, possibly as a resident, relearning how to eat properly, addressing mental health problems, and possibly overcoming new disabilities caused by damage to the brain associated with meth use.